Literary Tastes: Celebrating the Best Reading of the Year 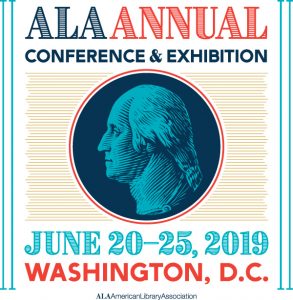 Literary Tastes: Celebrating the Best Reading of the Year

What could be better than books and breakfast? Maybe signed books and breakfast? Join your fellow readers and book lovers and listen to some of the year’s best authors from RUSA book and media award winners and Best of Lists Authors discuss their works and the craft of writing as well as sign books immediately following the event. Registration is required.

Julia Whelan is an actor, writer, and audiobook narrator who derives her distinctive narration style from her passion for literature and her decades of acting experience. Julia has narrated over 300 audiobooks in all genres, including Gillian Flynn’s Gone Girl and Tara Westover’s Educated, which earned a spot on this year’s RUSA Listen List. The committee praised her “unembellished narration [which] deftly communicates this intriguing, horrifying, and inspiring tale.” Julia was also named Best Female Narrator at the 2019 Audie Awards for her performance of Educated. She is a Grammy-nominated audiobook director and narrated her own debut novel, My Oxford Year, published in 2018. You can hear her next reading Linda Holmes’s charming, heartfelt debut EVVIE DRAKE STARTS OVER, on sale June 25. 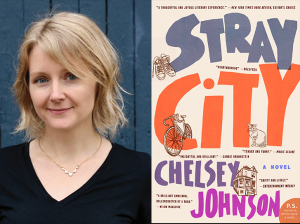 Chelsey Johnson received an MFA from the Iowa Writers’ Workshop and a Wallace Stegner Fellowship from Stanford University. Her stories and essays have appeared in Ploughshares, One Story, Ninth Letter, The Rumpus, and NPR’s Selected Shorts, among other outlets. She has received fellowships to the MacDowell Colony, the Virginia Center for the Creative Arts, and Signal Fire Arts. Born and raised in northern Minnesota, she currently lives in Richmond, Virginia, and is an assistant professor at the College of William & Mary. This is her first novel. 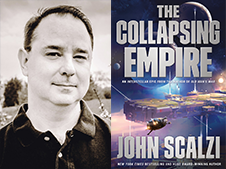 John Scalzi is one of the most popular and acclaimed SF authors to emerge in the last decade. His massively successful debut Old Man’s War won him science fiction’s John W. Campbell Award for Best New Writer. His New York Times bestsellers include The Last Colony, Fuzzy Nation, and Redshirts, the latter winning the 2013 Hugo Award for Best Novel. Material from his widely read blog, Whatever, has also earned him two other Hugo Awards. Scalzi also serves as critic-at-large for the Los Angeles Times. He lives in Ohio with his wife and daughter. 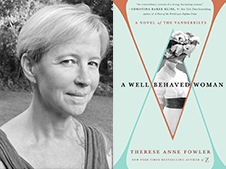 Therese Anne Fowler is the author of the New York Times bestselling novel Z: A Novel of Zelda Fitzgerald. Raised in the Midwest, she moved to North Carolina in 1995. She holds a BA in sociology/cultural anthropology and an MFA in creative writing from North Carolina State University. Fowler’s latest novel, A Well-Behaved Woman, is the story of Alva Vanderbilt, the woman who brought the very rich but socially shunned Vanderbilts into New York society. Similarly, with her previous novel Z, Fowler admits she did not originally like Alva’s character. Fowler explains, “In the spring of ’17, I had a solid draft of the book in place. Yet Alva’s characterization still didn’t feel right. This was at the time Hillary Clinton’s What Happened was in the media everywhere, and that’s when it hit me: Alva has been what I call “Hillaried”—i.e. characterized negatively through a sexist lens”.

For all other questions or comments related to RUSA events at Annual, contact Ninah Moore, RUSA Training & Events Coordinator, at nmoore@ala.org.

Since its inception in 2012, the celebration of the winners of the Andrew Carnegie Medals for Excellence in Fiction and…

The New Frontier-Training Older Adults for the Latest Gadgets

Most American communities are aging, and libraries are in a position to identify opportunities to meet the needs of older…