All
By Ninah Moore 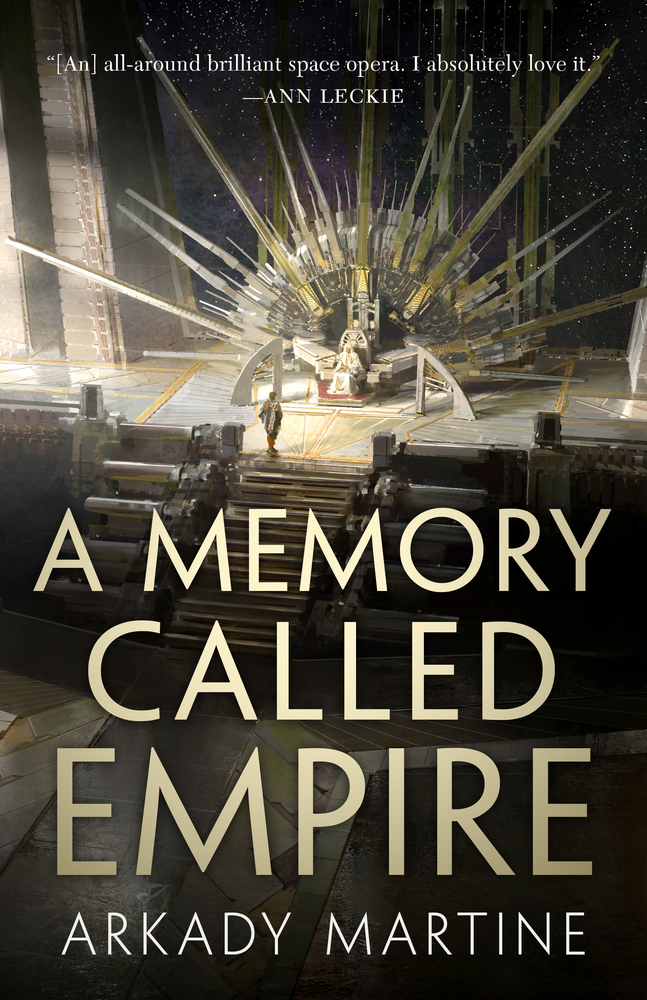 On January 26, 2020, during the American Library Association’s Midwinter Meeting in Philadelphia “A Memory Called Empire”, A Tor Book published by Tom Doherty Associates was announced as the best “Science Fiction” to the 2020 Reading List. In honor of this recognition the author Arkady Martine was interviewed:

When did you first realize you wanted to be an author?

Quite late– I wrote as a small child, but writing seemed far too much work to do as a career. I never exactly stopped writing– I wrote fanfiction throughout my teens and twenties and still do, sometimes- but I didn’t decide to pursue professional publication until I was in my late twenties. I wanted to write professionally so that I could talk to the authors I adored reading about writing and storycraft– as an equal. So I had to get good, and I had to get serious. That’s still one of my main drivers in writing; having a conversation with other work and other writers.

What inspires you as a writer? Where do you get your information or ideas for your books?

I get inspired from what I see and do every day – – from what I’m obsessed with. I did a PhD on Byzantine imperialism and epistolary writing, and the ideas I spent time with then made me want to write A MEMORY CALLED EMPIRE. Now I work as a climate and energy policy advisor, and my next project is full of water rights, wildfires, and electric grids.

What is your favorite genre to read, and why?

I read science fiction and fantasy, and love it — but I also deeply love true crime and longform journalism. Creative nonfiction on disturbing topics is probably the best way to describe it. The play between narrativization, truth-finding, horror, and memory is compulsively fascinating for me.

What did you learn when writing this book?

How to write a book. I’d never done it before. (Sadly, writing one book doesn’t seem to have taught me how to write any more books, except as proof of concept that I can do it at all.)

Was the character inspired by a real person?

Somewhat. I was inspired by the story of a historical figure, the 11th-century Armenian Petros Getadarj, who was Catholicos of the Armenian Apostolic Church. His story goes like this: in the year 1044 A, the Byzantine Empire annexed the small Armenian kingdom of Ani. The empire was able to do this for a lot of reasons – political, historical, military- but the precipitating incident involved Petros Getadarj, who was determined to prevent the forced conversion of the Armenians to the Byzantine form of Christianity. He did this by trading the physical sovereignty of Ani to the Byzantine emperor in exchange for promises of spiritual sovereignty. When I started writing A Memory Called Empire, my inciting question was : what’s it like to be that guy? To betray your culture’s freedom in order to save your culture?

What do you think happened to the characters after the book ended?

You’ll find out in the sequel, A DESOLATION CALLED PEACE, which comes out in March 2021! I thoroughly stole the title from Tacitus. But it’s the best line. It’s Tacitus writing in the voices of Calcagus, about Roman imperialism. Rome makes a desert and calls it peace. And the words for “desert’ and ‘desolution’ are sort of the same. A desolate place. An emptiness. The book is about incomprehensibility and impossible wars. A lot of it happens on a Teixcalaanli battleship. There’s interstellar mail fraud. And a kitten. (Technically several kittens). Also a maybe-genocide, some extremely unwise kissing, and the usual does of political machination. It’s the second part of Mahit’s story, and I’m very excited to be telling it.

Hear the 2021 Best of during the Book & Media Virtual Ceremony on Thursday, February 4, 2021 @ 3:00pm Central. Registration is open and free!! Visit here to register

2021 ALA Midwinter Virtual Registration is OPEN!

The ALA Midwinter Meeting & Exhibits will take place online, January 22-26, 2021. Registration is NOW OPEN and…